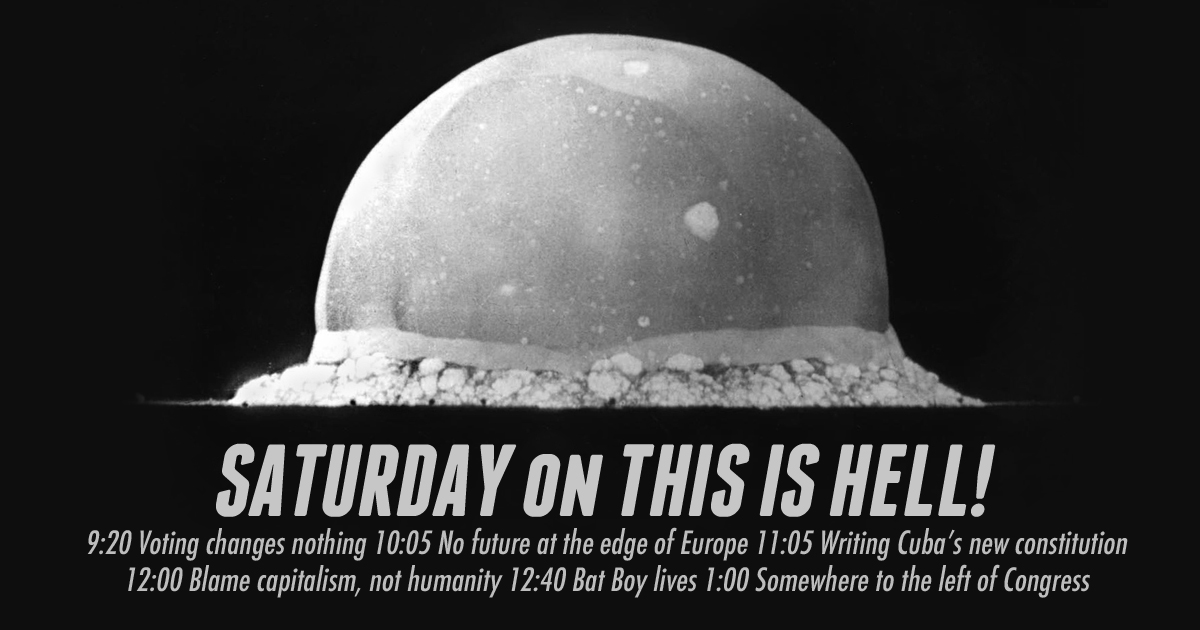 Listen live from 9AM - 1:30PM Central on WNUR 89.3FM / stream at www.thisishell.com / subscribe to the podcast

9:20 - Activist Andrew Dobbs explains why workers and the poor lose every election - including this one.

Andrew wrote the article No, Voting Democrat is Not “Harm Reduction” at Medium.

Pavlos is author of the book A Happy Future is a Thing of the Past: The Greek Crisis and Other Disasters from Reaktion Books [UK] / University of Chicago Press [US]

11:05 - Organizer Tom Hansen explores the future of socialism and the state under Cuba's new constitution.

12:00 - Researcher Anna Pigott exposes the engine powering the Anthropocene - it's capitalism, not us.

Anna Pigott wrote the article Capitalism is killing the world’s wildlife populations, not ‘humanity’ for The Conversation.

Jeff told me he's gonna do a cuss towards the end of this one, so hopefully the dump button works or no one is listening.

Leah is co-author of the paper Legislative Staff and Representation in Congress in the American Political Science Review. 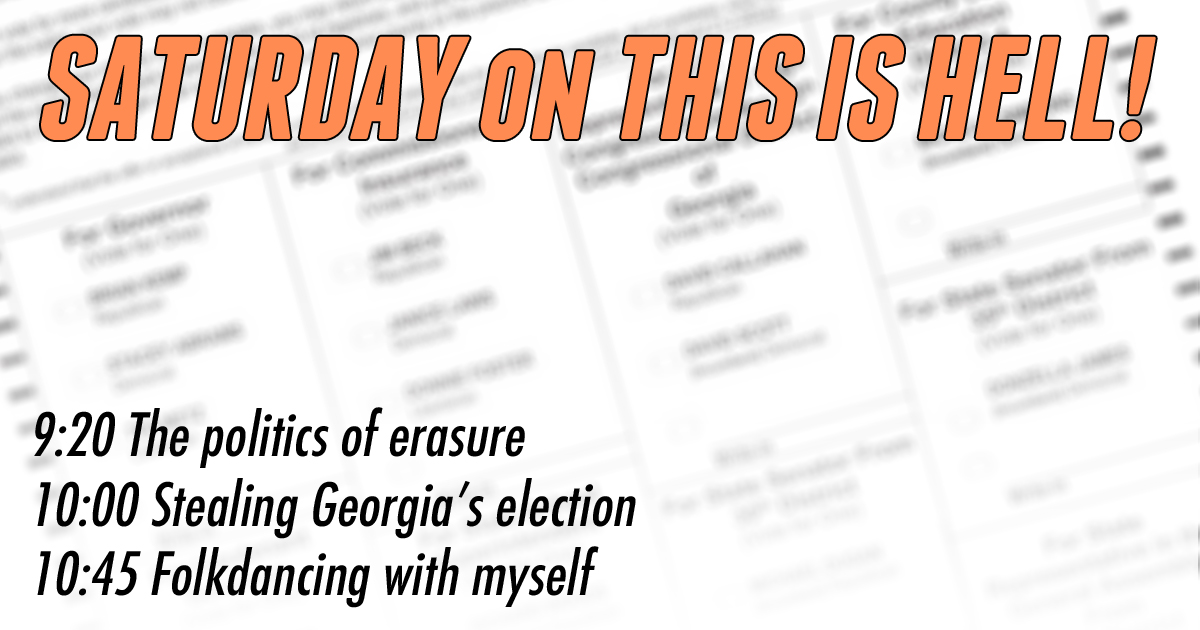 Listen live from 9AM - 11AM Central at www.thisishell.com / subscribe to the podcast

9:20 - Black Agenda Report's Glen Ford explores the politics of race and class under a corporate duopoloy.

Glen wrote the article The Great Un-Blackening: The Corporate Project to Erase Black People from Politics for Black Agenda Report.

10:00 - Investigative journalist Greg Palast explains how Georgia's election was stolen before anyone voted.

Greg posted the video How to Steal Georgia in 7 Minutes for Salon.

10:45 - In a Moment of Truth, Jeff Dorchen does the Tarantella all by himself.

I looked up what that meant, not super up on Italian folk dance traditions. 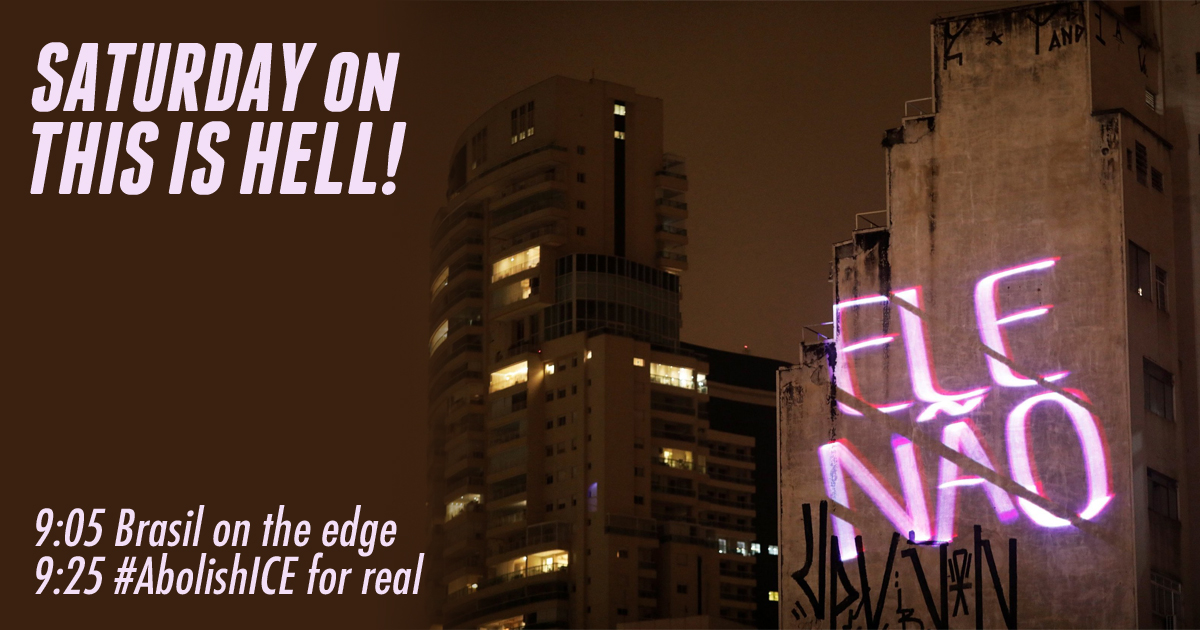 9:05 - Live from São Paulo, Brian Mier reports on Brazil's election at the edge of fascism.

Brian translated the recent articles Bolsonaro and the Institutionalization of Necropolitics and International Interests and the destruction of Brazilian Democracy for New Socialist.

9:25 - Journalist Tina Vasquez reports on the work of making #AbolishICE a reality.

Tina wrote the article Abolish ICE: Beyond a Slogan for Rewire.News and New York Review Daily. 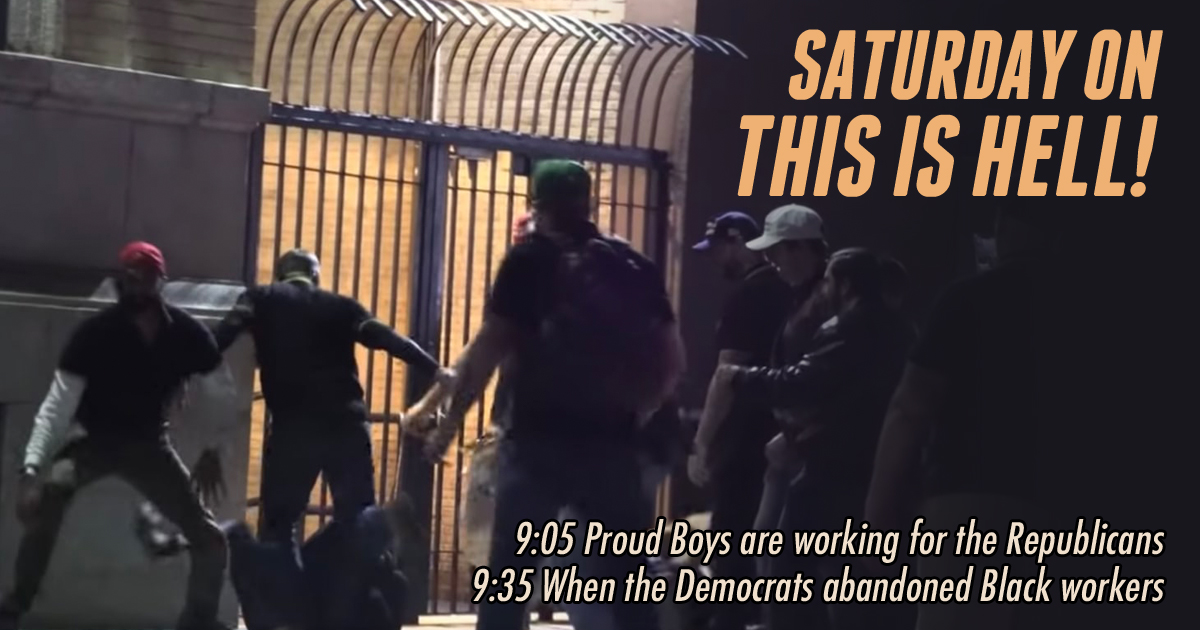 Brendan wrote the article Boys to Men for The Baffler.

Malaika wrote the article The Color of Economic Anxiety for Current Affairs. 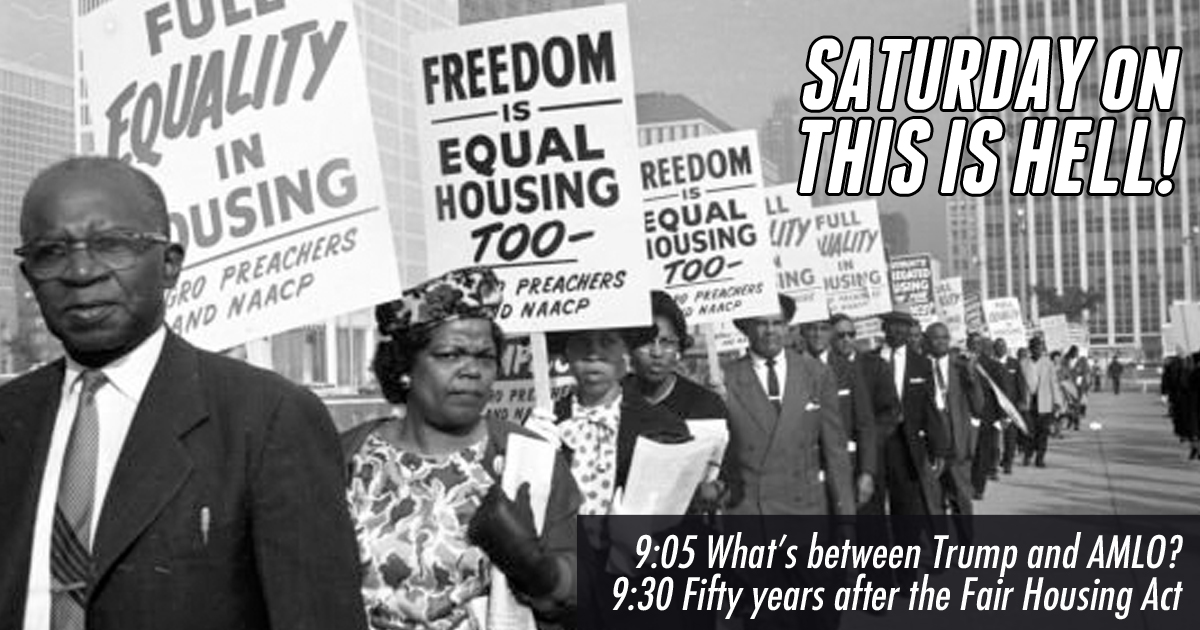 9:05 - Live from Mexico City, correspondent Laura Carlsen reports on Trump, AMLO and the ends of NAFTA.

Laura  wrote the commentary Trump and Mexico's Next President Are on Honeymoon. But It Won't Last for Fortune.

9:35 - Journalist Rachel M. Cohen examines a 50 year shift - in people and politics - between cities and suburbs.

Rachel wrote the article Taking Back the Suburbs: The Fair Housing Act at Fifty for Dissent.