A report from the Brazilian protest movement you won't read about in the New York Times. 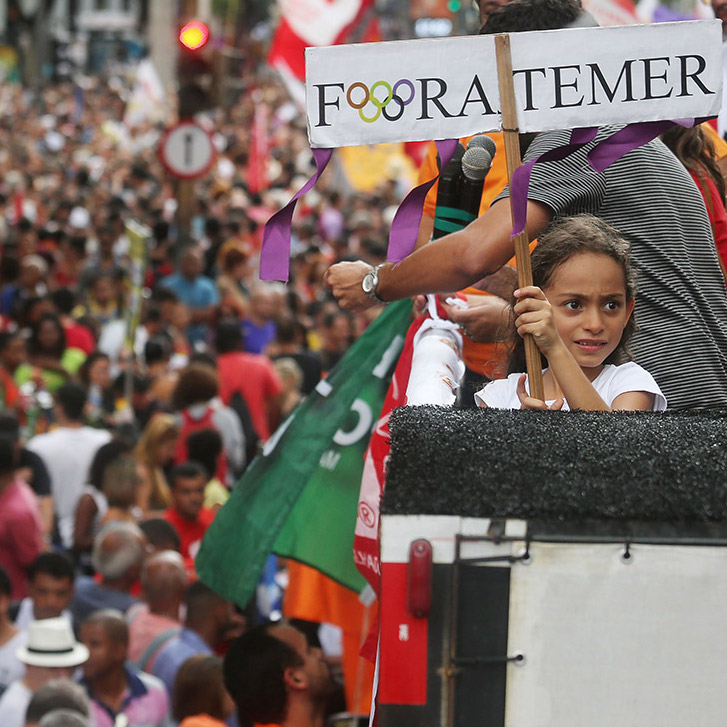 Michel Temer just pushed my retirement age up to 74. And the life expectancy in most Brazilian states is 72 or 73, so he’s pushed the retirement age over life expectancy. And that is why you had hundreds of thousands of people on the 31st and one million or so on March 15, coming out on the streets and angrily trying to revert this situation, and why on the 28th of this month there are going to be huge, massive nationwide strikes and shutdowns of all the major avenues in every major city in the country.

Live from São Paulo, Brian Mier reports on the wave of strikes against neoliberal cuts in Brazil - in opposition to laws setting the retirement age above life expectancy, and in spite of the American and Brazilian corporate media downplaying mass protest numers and dismissing the harshest edges of the Temer government's post-coup takeover.

Brian published the piece “There is no negotiation whatsoever”: Union leader Douglas Izzo talks about labor rights in post-coup Brazil for Brasil Wire.