The working class is now united: A report on dissent and democracy in Brazil. 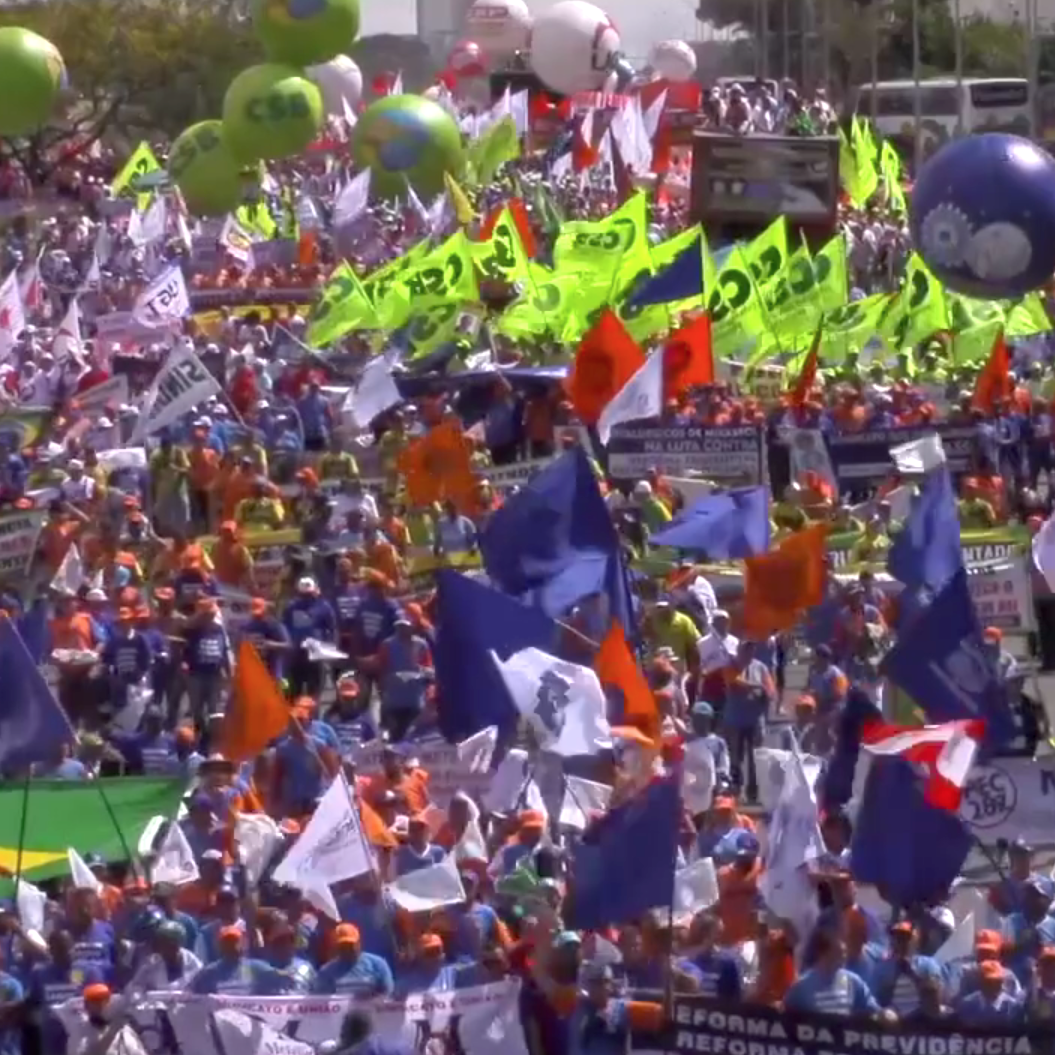 It was a huge success, it was twice as big as what they anticipated. The fact that the Força Sindical came out in huge numbers makes it impossible for people to say 'this was just a bunch of Lula supporters and PT party supporters,' because the Força Sindical does not support Lula or PT. It shows the working class is now united, fighting against this illegitimate coup government and its neoliberal austerity reforms.

Brasil Wire editor Brian Mier reports on a massive pro-democracy protest in Brasilia - against the corruption of an unelected post-coup government and their neoliberal austerity project, and explains what the Brazilian corporate media, New York Times, Black Bloc and American individualists all get wrong about a working class movement that's only getting bigger and more powerful.

Brian wrote the article Brasilia 24/5: A View from the Ground for Brasilwire and posted a video of the Brasilia protests on TIH!'s Facebook page.