When we talked to people, this would come up: was this struggle that Harold Washington in his campaign and as mayor engaged in, was it really about race or was it really about power? And I don't think you need to actually have one or the other. The two are connected. Racism...this is the thing that lots of white Liberals missed I think about the Obama presidency...is that racism is not about white people just being more polite, or accepting one or two Black people into whatever group, company, classroom or whatever...racism is a structure of power and oppression where one group is unfairly dominant over another. And so the reason why Harold Washington was so threatening, to the machine and to large parts of white Chicago was because that he intended and did change the arrangements of power and control in the city.

We have filmmaker Joe Winston on to discuss his new movie, ‘Punch 9 for Harold Washington, “The story of Harold Washington, elected in 1983 as Chicago's first African-American Mayor, the political battles he fought, and his legacy to Chicago and the nation.” 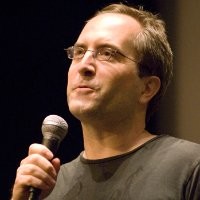 Joe has worked professionally in film and video since 1990. Recently, he edited the film "Flannery" which airs on PBS' American Masters March 23, 2021. His documentary film, "What's the Matter with Kansas?" was named "one of the Ten Best Documentaries of 2009" by Roger Ebert. Recently he did field producing for "Citizen Koch," a new documentary which debuted at the 2013 Sundance Film Festival.