The steam engine is supposed to make redundant the reliance on human muscles. But in fact, when we look carefully, we see that rather than a shift between energy regimes and series of energy transitions animated by these technologies, we see actually an intensification in the reliance on human muscles, an intensification of biomass and the reliance on the muscles of animals - seen through the eyes of the planet, that has tremendous repercussions for our condition today. If we are yet to see an energy transition in the sense of leaving an energy behind, if our story is one of accumulation and intensification, then we have little reason to expect a post-oil or post-fossil fuel future.

Social historian On Barak explores the imperial history and present of carbon in the Middle East and across the energy infrastructure of global capitalism - as an unsustainable system sustained (and shaped) itself on coal, we find our way of life deeply dependent on the destructive logic carbonization.

On is author of the book Powering Empire: How Coal Made the Middle East and Sparked Global Carbonization from University of California Press. 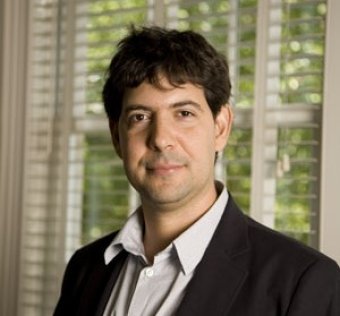 On Barak is a social historian of science and technology in non-Western settings, and a Senior Lecturer in the Department of Middle Eastern and African History at Tel Aviv University.